Which is the better choice between Adderall and Alpha Brain? Whether you are just getting started in biohacking or have been doing this for quite some time, chances are that you’ve found yourself wondering which one of these two is better and why.

So, we decided to compile this write-up comparing the competitors to help you get a clearer idea of what they offer.

The debate pitting Alpha Brain against Adderall has been going on for quite some time now. Opinion has been divided on which one of these two is better.

There are those who swear by Adderall while others firmly believe in what Alpha Brain has to offer. But what do the experts have to say? Keep reading to find out. 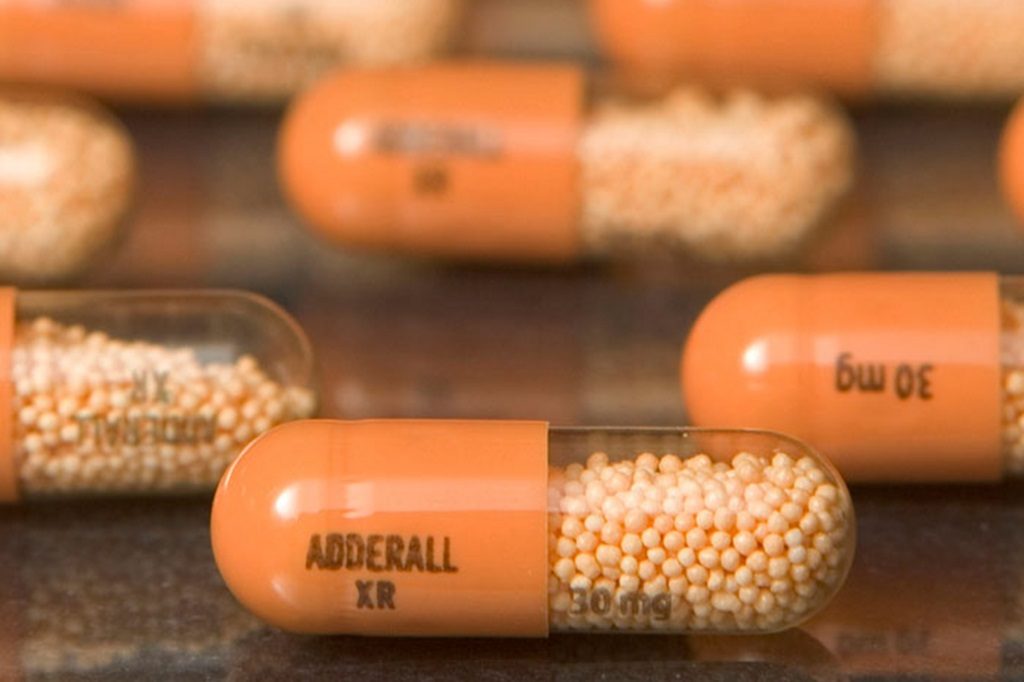 Adderall is a drug that is usually medically prescribed for treating Attention Deficit Hyperactivity Disorder (ADHD). It is made up of amphetamines – meaning it has the essential components of enhancing your cognitive performance.

Even though it is meant to be used as a prescription drug, there’s a thriving black market for it thanks to its “irresistible” stimulatory effects. In fact, apart from Modafinil, no other drug known to us comes close to what Adderall offers in terms of cognitive function.

Unfortunately, it’s illegal to use and its side effects can be life-threatening. And it’s at this point that we introduce you to the Alpha Brain nootropic stack which, unlike Adderall, is legal and safe to use.

What Is Alpha Brain?

Alpha Brain is a product of a supplement manufacturing company that goes by the name Onnit. It has been around since 2010 and has so far earned the reputation of delivering Adderall-like effects using earth-grown nutrients.

Similarities Between The Two

The first similarity between these two is that they are both nootropics. Duh! Isn’t that pretty obvious?

Adderall is a standalone nootropic, unlike Alpha Brain which is a mixture of different nootropics. The two are, however, meant for the same purpose which is to build a stronger brain.

Another area of commonality between the two has to be that they work by boosting the production of brain chemicals such as noradrenaline and dopamine. These are chemicals mainly found in your prefrontal cortex and are responsible for the following three things:

Lastly, these two brain supplements are known for their long half life. In fact, both have the ability to stay within the system for 10 to 12 hours. So, if you take the pills in the morning, they’ll remain in your system for pretty much the whole day.

You won’t need to take some coffee pick-me-up later in the day. And indeed, these two are not the kind that leaves you in a terrible crash at the end of the day. That’s why they remain popular among professional biohackers – Silicon Valley coders, students, and busy entrepreneurs.

Related: Feeling Sleepy After Breakfast? These Are The 8 Reasons

Key Differences Worth Taking Note Of

As far as the Alpha Brain vs Adderall debate goes, we still believe that Adderall is the best nootropic compound out there. It is quite powerful and effective. But it also has its fair share of downsides.

For instance, a medical website by the name Healthline linked it to the following side effects:

And that’s not all. If you make the mistake mixing Adderall with alcohol the effects would be life-threatening. In fact, mixing the two can lead to alcohol poisoning and in worse off cases initiate a heart attack.

So, much as Adderall can be found in the black market, you shouldn’t underestimate its effects.

On the other hand, Alpha Brain is known for its ability to quadruple brain power. And although it may not fit into the large shoes of Adderall, it works so well that some people use it as a safe Adderall alternative and never look back.

A Closer Look At Alpha Brain

You don’t need a doctor’s prescription to use Alpha Brain. You can easily get it from the manufacturer’s website or Amazon. So, yes, it is a legal, over-the-counter dietary supplement.

Unlike Adderall, it isn’t addictive as it doesn’t create a dopamine production hitch in the brain. That’s probably because it uses ingredients packaged exactly how Mother Nature intended them to be. These ingredients include:

You’ve got to love what Bacopa has to offer. It is known in the scientific quarters as an “adaptogen.” That simply means that it improves your body’s ability to cope with stress. On top of that, it’s an antioxidant.

This super herb is a rich source of antioxidant properties. And besides helping you fight the free radicals it also boosts your body’s immunity.

What you get inside an Alpha Brain capsule is a highly concentrated form of oat straw. In high concentrations, this grass plant has the potential to turn your cognitive performance around. It does this by supporting the formation of new neuronal connections and protecting against brain cell death.

Now, the reason we’re giving you this story is that Huperzia Serrata, one of the ingredients found in Alpha Brain pills, is an acetylcholinesterase inhibitor. Simply put, it beats AchE at its own game providing you with the opportunity to reap the full benefits of the acetylcholine that’s naturally produced in your brain.

This is an all-natural source of acetylcholine that’s capable of crossing the blood-brain barrier. For this reason, it yields noticeable brain-boosting benefits faster than conventional sources of choline.

To have a powerful brain, you need to protect your brain cells. Luckily, in this product, you’ll find an ingredient known as Phosphatidylserine or simply PS and its job is to help in the formation of stronger cell walls because it’s a lipid.

Other ingredients include the following awesome ones contained with the Onnit Flow, Focus, and Fuel blends of this product.

Both nootropics are great and the only reason why we’d recommend against taking Adderall is that should something go wrong, its effects on you can be life-threatening. We happen to think that Alpha Brain provides you with a wider margin of error for home use.

That said, we have to agree that the Onnit supplement certainly can’t treat ADHD symptoms better than Adderall does.

But if all you’re looking for is a well-thought-out formula that provides your brain with the fuel it needs to perform optimally with no risk of a crash at the end of the day, Alpha Brain would, without doubt, be worth investing in. You may click here to check the latest Alpha Brain prices & reviews.