According to the official website, this nootropic contains scientifically chosen ingredients for superior results.

However, it seems to contain relatively weak concentration-boosting ingredients.

Not to mention, all of its ingredients are in proprietary blends. As such, it is hard to know exactly what you get in each serving of this “smart drug.”

This leads us to the question, does this supplement really work in improving mental performance and focus? Is it even safe for everyone? Read our ADDTabz review and discover how this formula fares against other premium nootropic stacks.

ADDTabz is by no means a terrible product. However, it has attracted mixed reviews so far and we’d be reluctant to give it our thumbs up.

Luckily, our editors have created a complete list of alternatives to Adderall.

You might want to take a look at it so you can make an informed choice.

ADDTabz is manufactured by a company known as Lexium International. However, the company was formally known as Gentech Pharmaceutical. But due to the controversies surrounding this supplement they changed their name.

Moving on, the company claims to provide the finest products for improving the health and well-being of individuals.
Apparently, all of their formulations and products are science-based. On top of that, they are tested for efficacy, quality, and safety.

And when it comes to location, they have their offices in the United States and the United Kingdom. This allows them to serve around 47 countries across the world. 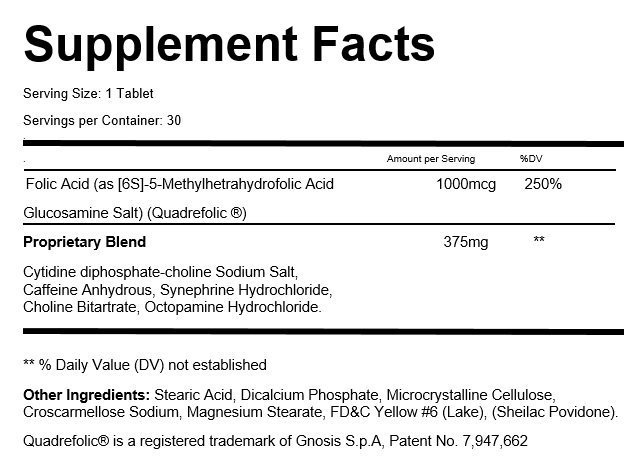 This formula is made up of six key ingredients that are science-based. Basically, it contains a blend of synthetic amphetamines present in drugs like Adderall. That said, here is a quick overview of each ingredient and how it works in enhancing cognitive performance.

Folic acid is the synthetic form of vitamin B9 and is crucial for proper brain function. According to a 2016 study (1), folic acid supplementation was shown to significantly improve an individual’s cognitive performance. This study was done on elderly subjects with mild cognitive impairment disorder.

Another study (2) published in 2007 suggests that low folate concentrations in blood are associated with poor cognitive performance. According to this study, folic acid supplementation for 3 years may enhance cognitive function related to old age.

But here is the best part; ADDTabz contains 1000mcg of this ingredient per serving which is more than enough.

Also referred to as CDP Choline, Citicoline is considered to be a natural nootropic. Some studies suggest that this compound has a positive effect on memory especially among elderly people.

Basically, citicoline works by increasing dopamine and norepinephrine levels in the central nervous system. This is because it’s able to cross the blood-brain barrier easily.

And if you didn’t know, norepinephrine has been shown to increase alertness, focus, attention, and promote retrieval of memory. Dopamine, on the other hand, is a feel-good chemical that plays a major role in enhancing cognitive ability.

Unfortunately, we’ve got no idea about the exact amount per serving of Citicoline in ADDTabz. This is because this ingredient is hidden behind a proprietary blend.

This is an alkaloid that occurs naturally in some animals and plants. It can also be referred to as a molecule that is similar to ephedrine in structure. However, it appears to be less potent relative to ephedrine.

Unfortunately, since it’s not a nootropic, there is so much controversy and concern over whether this chemical is safe. Besides, ephedrine which has a similar chemical structure to it has been banned due to health risks.

The good news? Synephrine seems to be relatively safe if taken in the right doses. According to some studies, the alkaloid is believed to have stimulatory effects. It works by stimulating the neuromedin U2 receptors which lead to wakefulness for longer than normal.

However, it is commonly used in weight loss supplements. Therefore, it does not make any sense why the manufacturer included this ingredient in ADDTabz. Besides, there is caffeine to help promote wakefulness.

Closely related to norepinephrine, Octopamine is an organic chemical that functions as a neurotransmitter in most types of invertebrates. It may also be found in some mammalian tissues and human urine.

But here is the thing; this ingredient is commonly used for weight loss as well as athletic performance. On top of that, it has been shown to help regulate various behaviors including memory and learning. However, there is no sufficient evidence to support these uses.

Similar to Synephrine, this chemical has stimulatory properties. And because of this, it was banned by the World Anti-Doping Agency for in-competition use. So, if you’re a professional athlete, you may want to avoid using this supplement.

Caffeine anhydrous is simply dehydrated caffeine and in the form of crystallized powder. As such, it’s highly concentrated compared to regular caffeine.

In one study (3), caffeine was shown to improve daytime alertness, mood, and cognitive performance in moderately sleepy subjects. This stimulant works by stimulating the central nervous system (CNS) for optimal results.

You only need to take around 50mg of this powerful stimulant to see noticeable effects. Unfortunately, this ingredient is in a proprietary blend. Therefore, it’s hard to tell if it has been used in the optimal doses or not. 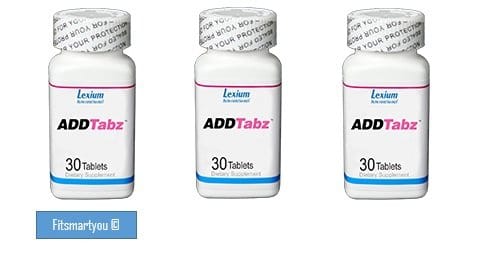 This is a type of choline salt that works by conferring extra choline to the brain. As a result, the brain can create more acetylcholine and phosphatidylcholine. If you didn’t know, acetylcholine is an important neurotransmitter for memory-related brain functions.

Phosphatidylcholine, on the other hand, is a lipid used for the development of brain cells.

In one particular study (4), researchers concluded that dietary choline intake is related to better cognitive performance. The research suggested that a higher concentration of choline may lead to improved verbal and visual memory.

On the flip side though, Choline Bitartrate is very ineffective at crossing the blood-brain barrier. Therefore, it may not be as effective at raising brain choline availability compared to other cholinergic like Citicoline.

In a 2016 study (5), the researchers found that Choline Bitartrate has no acute effects on memory among healthy and young human adults.

This same study also suggested that when combined with at least 25mg of caffeine, it may lead to improved cognitive performance.

Side Effects: Is It Safe to Use?

ADDTabz contains stimulants and the manufacturer chose to hide most of the ingredients’ doses. Therefore, this supplement may not be completely safe for everyone.

For instance, it contains Octopamine HCL which was banned by WADA. This means that it is not safe for consumption by individuals looking to engage in professional competitions.

On top of that, it includes Synephrine Hydrochloride, an ingredient that is commonly used in weight loss supplements. Therefore, people who don’t want to lose weight may want to stay away from this product. Also, some users may experience side effects like stomach cramps and dizziness from consuming synephrine.

What’s more? Since it contains lots of stimulants which we don’t know their exact doses, some people may experience side effects like:

However, the severity of these side effects largely depends on your existing caffeine intake and tolerance.

Where to Buy, Pricing, & Shipping

You cannot find this supplement in local stores. It is only available for purchase from the manufacturer’s official website.

When it comes to pricing, two bottles of ADDTabz containing a total of 60 tablets will cost you around $128. However, the price before was $158 which means you will be saving $30.

On the other hand, if you choose to buy a single bottle, you will pay $69 for 30 tablets. This is relatively expensive compared to buying the two bottles package. But worth noting is that the one bottle package is sold at a discounted price.

Shipping charges vary largely depending on what mode of shipping you choose and your location. Currently, they are offering free domestic UPS Ground shipping on all orders when you use their discount code.

And you know what the best part is? The manufacturer provides international shopping including FPO and APO addresses.

While ADDTabz is advertised as an Adderall alternative, it does not come even close as far as potency is concerned. However, this is not to mean that it’s a terrible nootropic or a complete scam as some people may want to put it.

Sure, there are some negative reviews from individuals saying that this product never worked. However, the supplement has also received several positive reviews. So, in our opinion, it may offer some benefits but will not work in the same way for everyone.

This is probably because it contains less potent ingredients that are in proprietary blends. Therefore, if you’re looking for a complete nootropic to help you concentrate for longer and focus better, there are better options. 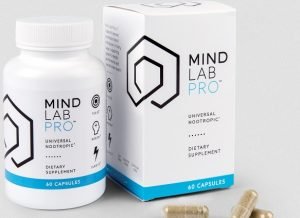 One of them is Mind Lab Pro (see more) which covers nearly every single aspect of cognitive performance including mood, memory, and focus. Besides, this supplement contains an open and transparent formula.